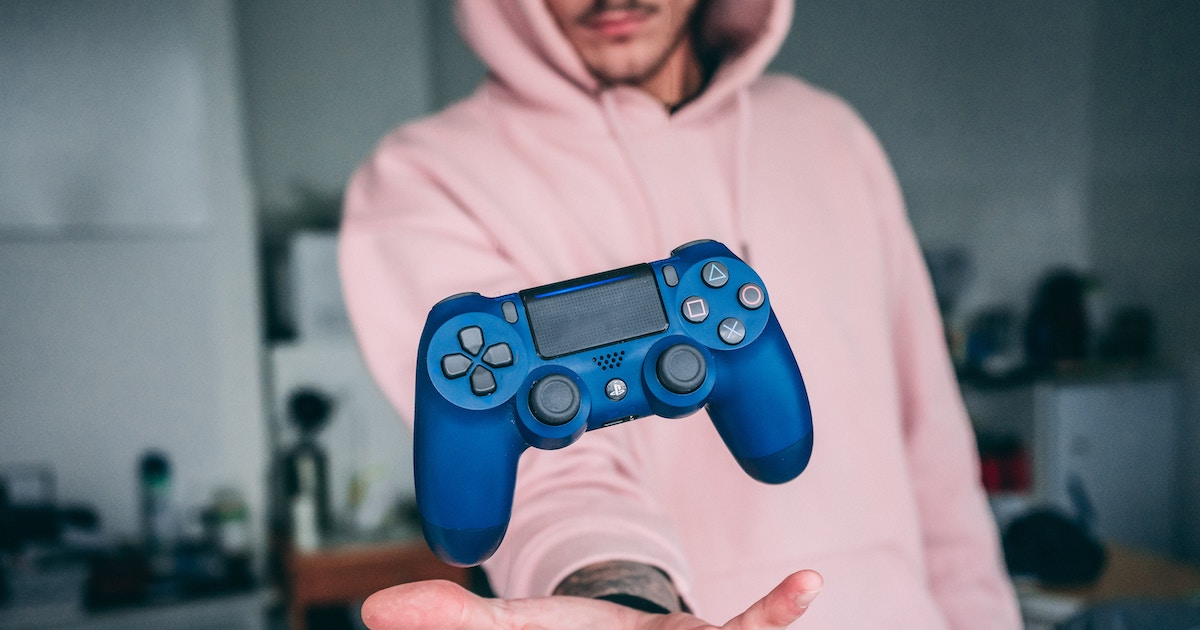 Gaming is popular, but do we use it to teach maturity? If not, why not? Should boys just be gaming without adult input?

To me, video games are not just games but potential maturation tools because they already deal with themes of character development and manhood at their core. Every video game—even ones that we might find despicable, like Grand Theft Auto—can become assets in a boy's moral development, but we MUST discuss the games with the boys playing them.

Here's a quote from General George Patton, in his "General Orders and Instructions to my Troops," that one client of mine, an avid reader of biographies, used to mentor his sons as they—and he with them—played video games.

"Despite the impossibility of detecting the soul physically, its existence is proven by its tangible reflection in acts and thoughts. So, with war: beyond its physical aspect of armed hosts there hovers an impalpable something which dominates the material. To understand this ‘something' we should seek it in a manner analogous to our search for the soul."

To this client, boys are not just playing a game—they're entering a world of soldiery in which, Patton would say, they are searching for their souls.

The science behind exploring manhood within gaming

Patton's quote fits the neuroscience. During adolescence, as males fill in neural pathways between the limbic area and the temporal lobe (which we often call "the spiritual part of the brain"), the ineffable becomes meaningful to boys—male spirit, manhood, is a source of power, purpose, and independence.

Boys don't generally talk about transcendent feelings in depth, but those feelings—dopamine rushes in the brain—constitutes some of the manhood they search for in video games as these electronic images are flung at the boy—images of soul, shadows of honor, ideas of good and evil cast in light and darkness.

If played too much or never contextualized, video games create more neural distress, less light and more darkness in the male brain. With that caveat in mind, and given that most boys play video games, our next step in parental evolution around videogames does need to be "using the games to help mature our boy."

Here are some strategic ways you can teach character, maturity, and healthy manhood through gaming.

Video games are doorways into maturation because in many video games your son is already becoming a warrior who battles for good against evil. While the warrior part of manhood is not all of manhood, it is a powerful place for adolescent boys to anchor discussions of maturation into manhood.

Here's an example from Halo, the movie version, that goes deeper than "let's just kill people."

"Soldiers are simple things," the Colonel tells his troops. "We're taught honor: honor means sacrifice, and sacrifice means death, our own or our enemy's. In some ways, beneath it all, that's what a soldier is really trained to do—to end God's work."

These words exemplify the directing of dopamine flow in the brain—dopamine flow stimulated by the excitement of the game—into greater themes. Some of those are God, the soul, manhood, and soldiering linked to male maturation. The game tries to help build this maturation, so using extant linkage in the game or movie, we can help build a boy's mind, and the fantasy violence can become character development.

As you talk with your son, you can add your own lessons in values, spirituality, suffering, death, life, and, ultimately, manhood.

Especially if your son is playing an hour of video games every weekday (which I do not recommend) and two or more hours every weekend, it's not just useful but essential that you integrate video game play into his conscious character development.

A dad who did two tours with the Marines in Iraq accomplished that goal this way (I've summarized a number of our counseling sessions here).

"As you know, I came home messed up and you suggested I take the bull by the horns and talk to my 11-year-old son about his video games. At first, I couldn't even play the games without getting flashbacks. But gradually, I could, and it was a way to bond with Cary. Like, there's a part in Halo where the Colonel tells Commander Locke what he believes:

‘You give your life away so others will live in peace. These people who live on after what you did carry part of your deeds with them. In their final hours, they will have to answer the question you asked in yours: with your life, would you only create death or with your death would you create life? That is my question to you, Commander Locke: how will you die, and for what?'

"I asked Cary if he understood what this meant. He said, ‘Yeah, Dad, it means you will sacrifice your life so other people can have their lives. It's like what you were doing in Iraq.' I cried right then, right in front of him, I cried and then he cried, too. We hugged each other. I was so proud of my boy."

As this father told me about this incident, tears came to his eyes, and my own. This father gave his son a moral and developmental gift through video games.

A dad or other mentor who has never been a soldier can do this with his son or mentee—indeed, I believe, he must. A single mom can also do it—she just needs to enter the game with the boy—but some of this does need to be done by men, since the games are so male-centric.

For many parents today, the existence of video games—their potential addictiveness and the fantasy violence inherent in them—are anathema. These parents steer their boys away from video games. To some extent, this is a healthy parental move. But as boys get older, they find a way to play—whether in their own computers/homes or at friends' houses—so my approach is to take what boys are giving us and use it for our own parental ends.

If an adolescent boy is playing video games that can affect brain, heart, and soul without adequate mentoring by fathers or father-figures, manhood will be defined in the game for the boy without real men leading the self-definition. That is the bottom line, at least for me as a practitioner and teacher. That boy may not mature into the fully loving, wise, and successful man we want him to be.