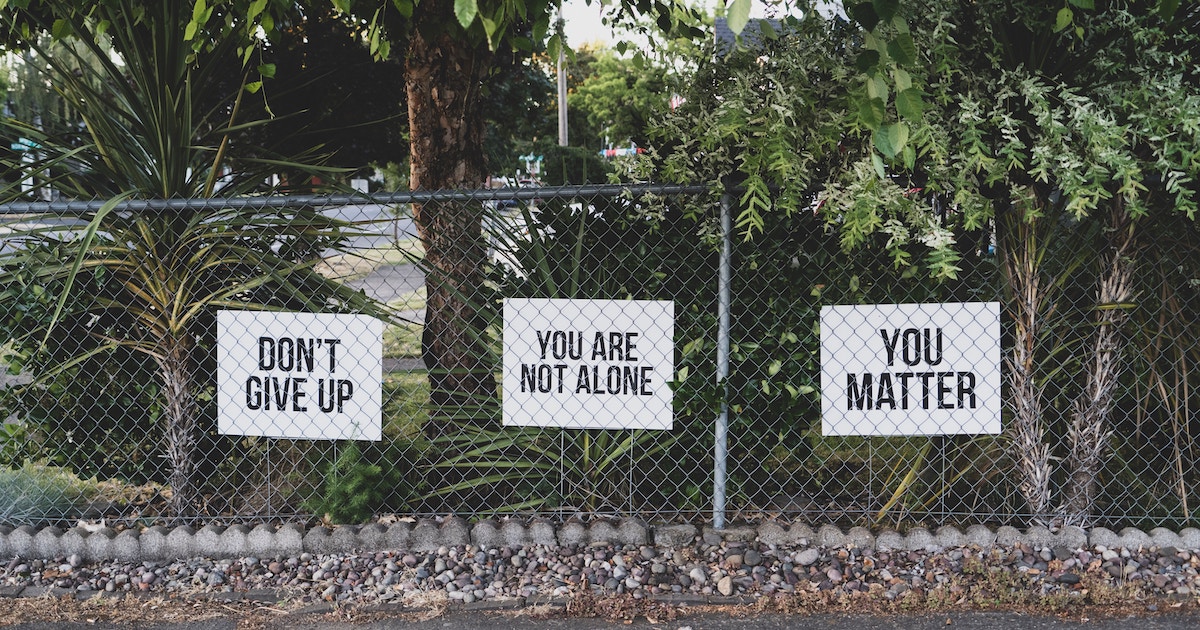 My struggle with self-harm is still ongoing - but all recovery is, isn’t it? Is there truly any way to tell that I’ve fully recovered - is full recovery from this sort of behavior even possible? Sometimes I’m not sure, but I am confident that I am on my way to the other side.

What led me to self-harm?

I have witnessed people around me participate in self-destructive behavior all my life; consciously or not. I saw inner hurt in my parents and in other family members, my friends, classmates, and church congregation. Everyone seemed to be struggling with something, and that struggle manifested itself into late-night drinking, breakdowns over things out of their control, casual self-loathing, chain-smoking, and self-harm. They would lash out at the people around them, too, including me. Though I couldn’t understand why at the time, talk of suicide and self-harm, degradation, and unusual punishments became normalized to me.

During my early teens, I became an emotionally charged bundle of highs and lows with no in-betweens. I was almost always optimistic but could become enraged at the smallest of things. My home life was chaotic, and I had no way to process my stress and anger with what was happening around me. It took several years for me to be able to acknowledge my emotions, the reasons I felt certain ways, and to have healthy discussions about them. However, when I became too frustrated or anxious, all words lost meaning to me. I was filled with negativity in these moments, and though I was capable of figuring out why I felt the way I did, I still didn’t know how to cope with them. Coincidentally, it was then that I lost a significant amount of my support system; my church, and many of my school friends.

Betrayed, lost, and lonely I retreated deep into myself, only trusting a few close friends. In my worst moments, I would either put my extra energy to good use; cleaning my room frantically, making messy art, exercising. Anything to get myself moving and my mind occupied with other things. It felt good to see I was doing something positive even when upset. When cleaning, or art, or music, or working out didn’t work, I would turn to an old textbook I had no use for, and rip up the pages into little bits until I had spent my energy. Neither of these really did anything to solve the root of my issues, so though I eventually calmed down once more, but whatever had been upsetting me was still in the back of my mind, and building up. The next time my anger or sadness came around, it would be worse.

Self-destructive tendencies began to take over. I was mean to myself, I would fuel my worries about everything in my life, I slept too much, I became bitter and distrustful. I remember trying to explain my insecurities to a friend, and told her, "You know when you meet someone and simply don’t like them very much, not for any particular reason, but just because you don’t click? That’s how I feel about myself. I am not a good person, and I don’t deserve to like myself."

This mindset drove me deeper into dissatisfaction and apathy - I didn’t matter, so why should I take care of myself? It was during one difficult night while I was ripping pages apart, slashing at the textbook with a pair of scissors curled up on my floor, that I accidentally cut myself. In my anger and sadness, I didn’t even realize that the scissors were going through the pages and cutting at my thighs. When I finally felt the stinging, all that frustration and tension I was holding disappeared.

I sat there and stared at them in shock. Suddenly, I felt a lot better. The iron shackles around my chest had disappeared; I could breathe clearly. I gripped the scissors again and made my first purposeful cut. It felt bad, it made me a little sick to my stomach, but when that guilt subsided I felt better again. The adrenaline was addictive, and after a little while, so was the pain.

From the very beginning, I knew that what I was doing was wrong. Every time I got upset, I would turn to self-harm again. Cutting. Burning. Hitting myself, or punching walls. It was a heavy, shameful secret that I had to keep to myself, but I felt that I somehow deserved the burden. Still, no matter what, I knew what I was doing was not healthy. It took me a long time to get to a point where I felt like reaching out, though. Like many others, I felt that I wasn’t ‘sick enough’ to get help. My cuts weren’t deep enough, I didn’t self-harm enough, my depression wasn’t severe enough because I could still function normally. I even went so far as to feel ashamed, because I thought that if I were to talk about it, I would be seen as an attention seeker, or as taking time and care away from someone who ‘actually’ needed it. Some twisted part of me felt that I needed to escalate my self-harm and insecurity in order to be worthy of saying that I had a problem at all.

Talking to my friends about my struggle was the best thing I could have done. I knew that if any of them were hurting themselves, I would want them to stop. I knew that by hurting myself, I was hurting them, too.

I promised many times that I would stop, and I let them down almost every time. When I couldn’t trust myself to stop, I promised instead that when I felt the urge to self-harm, I would contact a friend first. If they weren’t around, I would write about what I was feeling instead, and do something else to get my mind off of it. Many times, this would include treating myself and practicing self-care.

At first, this seemed counter-intuitive. The entire problem was that I wasn’t happy with who I was, so why should I be taking care of myself instead of working harder? Here’s the thing - when you’re sick, you don’t just brush it off and keep going. You have to take time to let yourself recover before you can get back to work. I needed my progress to come from a place of self-love and acceptance, or I would never be satisfied with it. I complimented myself, especially on days I felt insecure. I realized that I didn’t need to ‘earn’ a place in this world, I already had one, and I did not owe it to anyone to always be happy, or pretty, or funny.

During this period I relapsed many times, and every time I managed to stop myself and try again. Every single day was progress in my recovery, even the bad days. When the dust had settled and my mind was clearer, I felt a little sense of pride that I was still trying to love myself and be better. It was not me against myself, it was me against self-harm, depression and anxiety, and unhealthy coping mechanisms.

There is always someone to talk to. Whether that’s a family member, a friend, a listener online, or a mental health professional (online or face-to-face), someone cares, and would rather have a conversation with you about your struggle than let you struggle on your own. I know from personal experience that speaking out about what you’re going through weakens its hold over you - when you keep your hurt secret, the burden builds up.

There is no shame in seeking help for anything.

If you or someone you know are in crisis, please call the National Suicide Prevention Lifeline at 1-800-273-TALK (8255) or contact the Crisis Text Line by texting TALK to 741741.

Other Articles Articles by Allison Moore

What is EMDR (Eye Movement Desensitization and Reprocessing) Therapy?

When you can't make change happen on your own, EMDR therapy is essential for trauma interventions