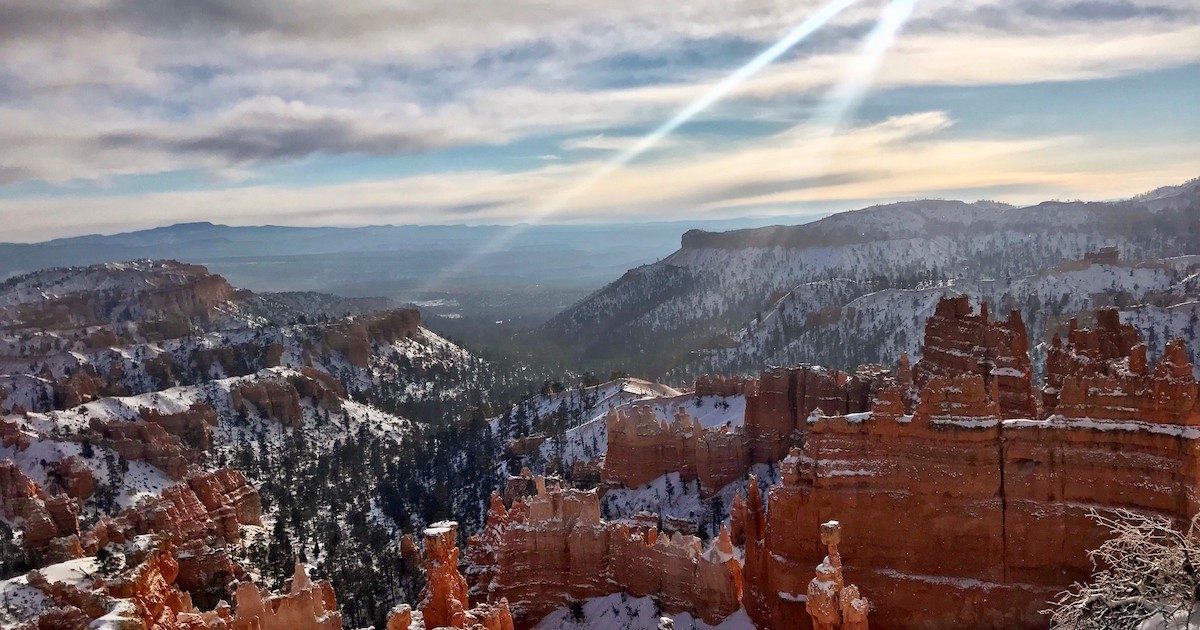 The first time I had cancer, I was 19. I’d been dealing with symptoms consistent with a brain tumor for several years, but multiple male doctors told me those same symptoms, including focalized seizures, were “common in girls my age.” Sexism is powerful stuff—it took more than two years of pushing before a doctor referred me for a CT scan. Being uninsured probably didn’t help. My family struggles with significant mental health issues and had already removed me from the family home as a result. Later, my parents attempted to change the narrative when people were shocked that I somehow wasn’t “home” after the news about my brain cancer became public.

Balancing single motherhood as a teen, a full-time job in a real estate office, and attempting to take classes at a local community college while paying for daycare, a car, an apartment, groceries, gas, and diapers turned out to be a cakewalk compared to growing up with a double-dose of the “Dark Triad” (personality traits of narcissism, machiavellianism, and psychopathy.) Clearly, a teenage girl with no money, no car, no job, and an infant needs familial support. But I suppose a teenage girl who had support to begin with may not have found herself in the situation I was unlucky enough to be in when first diagnosed. If I had run away—why hadn’t I actually run away? That’s how I know things like karma are just a fairytale created out of vulnerability by the vulnerable. The fact that I was intelligent enough to recognize the mental illness behind the familial toxicity didn’t lessen the consequences it had on my life. And, the role it played in the decline of my health and well-being.

From bad to worse

When the inevitable happened and my $8/hour job didn’t cut it, homelessness was imminent. I didn’t even make two years on my own before being kicked out of my second apartment for not covering the rent. A room mate helped for a brief time…until she brought back crabs (not the good kind). So, my car briefly became “home” until it, too, was repossessed. My job at the real estate office eventually disappeared as well. Within a month of all that happening, I had a grand mal seizure. A few weeks later, I found myself being screwed to a table by hot, young surgeons—sadly, it wasn’t for a porn-inspired threesome. My head was literally screwed into a halo attached to a surgical table, getting ready for a craniotomy. That was 28 years ago.

Ten years after my initial cancer diagnosis, I had a recurrence. This time, the tumor was nearly impossible to remove. It cost me the use of my left leg, but I had an 11-year old who needed me. So, I was on board with whatever the repercussions, as long as the tumor was gone. Not many neurosurgeons would perform that surgery today, fearing lawsuits. They’d call it “inoperable” instead. So, I was damn lucky the Universe put Peter Black in my path.

The recurrence was considered “high-grade.” I was only given a two-year prognosis by my oncologist (four, if I was lucky…). Growing up with people who insist blue skies are red or green or any other color than what you say it is, helped me to develop a sense of both pragmatism and personal authority. It’s why I had the ability to refuse treatment “options” that can often be seen by patients as something that isn’t optional. But it is optional. And, I can prove it.

With cancer, we know that cutting out the problem whenever possible is the most effective method of treatment. Follow that with a combination of radiation and chemotherapy, and you give a patient a window. But that window can come at a steep cost, including more cancer. Any doctor who works for a hospital or health care system is legally obligated to prescribe approved treatments for cancer—which include surgery, chemotherapy and radiation. But chemotherapy and radiation can cause more cancer. It’s a risk you acknowledge as a patient, too, when you sign the consent form (part of the mountain of paperwork you’re given during your first appointment with an oncologist, so it’s easy to miss). But when a doctor says, “You have cancer,” it’s a completely reasonable response to be terrified enough to agree to what you’d otherwise never agree to. Please understand, I’m not recommending you don’t go with traditional medicine. I’m just recommending that you give yourself permission to take the time to research your options and pick and choose based on what is right for you—not based on the bullying tactics you will get from well-meaning doctors, hospital staff and family members alike.

Standing up for the treatment you want

My oncologist’s manipulations included actual tears when I refused radiation for the recurrence. That was enough to convince my partner, who’d come with me for the appointment, that I’d die if I didn’t do the radiation. The ongoing “discussions” after that appointment then filtered to my son, spreading to extended family, and increasing the social pressure I felt to comply with my oncologist’s recommendations. But I’d agreed to radiation during my initial diagnosis 10 years earlier. And, if you don’t know already, radiation has quite a half-life. It’s also proven to be the cause of primary brain cancer, according to multiple studies available today. But in 2001, when I was diagnosed with the recurrence—there were no smartphones or tablets yet. It was harder to find information online than it is now. Thankfully, I’d become rather vigilant about reviewing current research on brain tumors and had already read a 1996 study that included radiation centers from all over the States.

The study was first published by the International Journal of Radiation Oncology - Biology - Physics (vol 34, issue 3; 1996, 647-654) and showed that patients like me, who had been previously treated with radiation, also had a higher probability of developing higher-grade brain cancer as a result of what was referred to in the study as “unacceptable toxicity levels.” These same study results became available online in 1999. Yet in 2001, doctors in “award-winning” hospitals in both Boston and New York were telling me to get a treatment that was the likely cause of the recurrence to begin with. That’s when I realized the white-coated “gods” (aka “doctors”) all cancer patients “worship,” are just people. People who need to pay their mortgages. Like me. And, like you.

Despite the social resistance and dire warnings of my imminent death, I managed to turn a two-year prognosis into 18+ years because I repeatedly said “no” instead of “yes.” But it wasn’t easy. Family and friends treated me as if I were insane for saying “no.” Doctors and hospital staff saw me as “uncooperative,” even though I smiled at everyone, greeted everyone and was always on time for my appointments. The unnecessary social scrutiny I suffered was unfair to an extreme in the context of the diagnosis itself while also working full time, being a parent, and, learning to walk again (removal of the tumor during surgery caused severe hemiparesis of the lower left extremities which basically means, I couldn’t use my left leg, ankle or foot).

My decisions about my own body continued to be questioned, too. My mother had the gall to tell me that, though part of my motor cortex was removed with the tumor so there were no brain-signals to prompt the limbs, the real reason I couldn’t use my left leg was because I wasn’t trying hard enough. By the way, I’d spent two months in a rehabilitation hospital at that point, survived a staph infection and second surgery to remove infected skull and brain matter, and was going to outpatient physical therapy three times a week. Not trying hard enough??? I should petition the Olympic committee to make my life-experience a new Olympic sport—because, I doubt even the fittest athletes in the world could survive the marathon I’ve been “running” for the last 28 years.

No one believed in me more than I did. That’s still true today. A patient MUST be prepared to stay strong in her convictions. I opted for aggressive surgery; a wolf in a trap will chew off its own paw—I merely did the same. And, yes, I did agree to highly toxic chemotherapy because my cancer was high-grade. Though I refused radiation, I understood that surgery wasn’t enough. Study results for at least four rounds of “PCV” were positive overall. “PCV” is a highly toxic combo of procarbazine, lomustine and vincristine (today, a more effective, less toxic oral medication is available called Temedor). Taking “PCV” increased my future risk of diagnoses like lymphoma and leukemia, melanoma and thyroid disease. But it was an acceptable risk if it bought me another ten years. Never in my wildest dreams did I imagine I’d still be breathing nearly 30 years after my initial diagnosis. Mainly because, it’s unheard of. Part of why that’s the case is the innate toxicity in the “treatments” for cancer itself. If you find the statistics for survival unacceptable, then you must question the acceptability of how doctors treat the disease.

Your life is your responsibility

As a cancer patient, one must be proactive instead of reactive. Your life is your responsibility. Your life is worth it. Don’t waste time wondering why this terrible thing is happening to you or wait for other people (who don’t have to live with the consequences of their own advice) to tell you what to do about it. Do the right thing…for yourself. You’ll be tired. You’ll be sad. You’ll want to go the easy route. But the easy route could shorten your life. And, you are worth fighting for.

In order to reduce my risk of other health issues occurring in the future, I’d already cut meat from my diet and went all-organic. Moderate calorie restriction, reduced sugar and alcohol in-take, increased exercise, lifting weights, meditation, and acupuncture all became important tools in my “survive anything” arsenal. The unexpected bonus—besides my longevity—is that those lifestyle changes have kept me looking more youthful as well.

I am living, breathing proof that it is possible to outlive the odds. And if I can do it, so can you. No one will congratulate you for outliving the statistics. But who gives a flying fig! Live long enough to make big mistakes. Small ones, too. Travel. Meet new people. Do things you never thought you’d do in a million years. You live this lifetime but once. And it’s entirely yours. No one else can (or should) live it for you. It’s true, we need people to survive—but you don’t need anyone in your life who doesn’t support your right to make decisions about your own body. Love yourself first and foremost, and you’ll always be strong enough (and confident enough) to make the best decisions for you—no matter what. 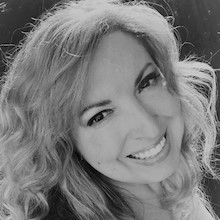 Other Articles by Rebecca A. Housel, PhD