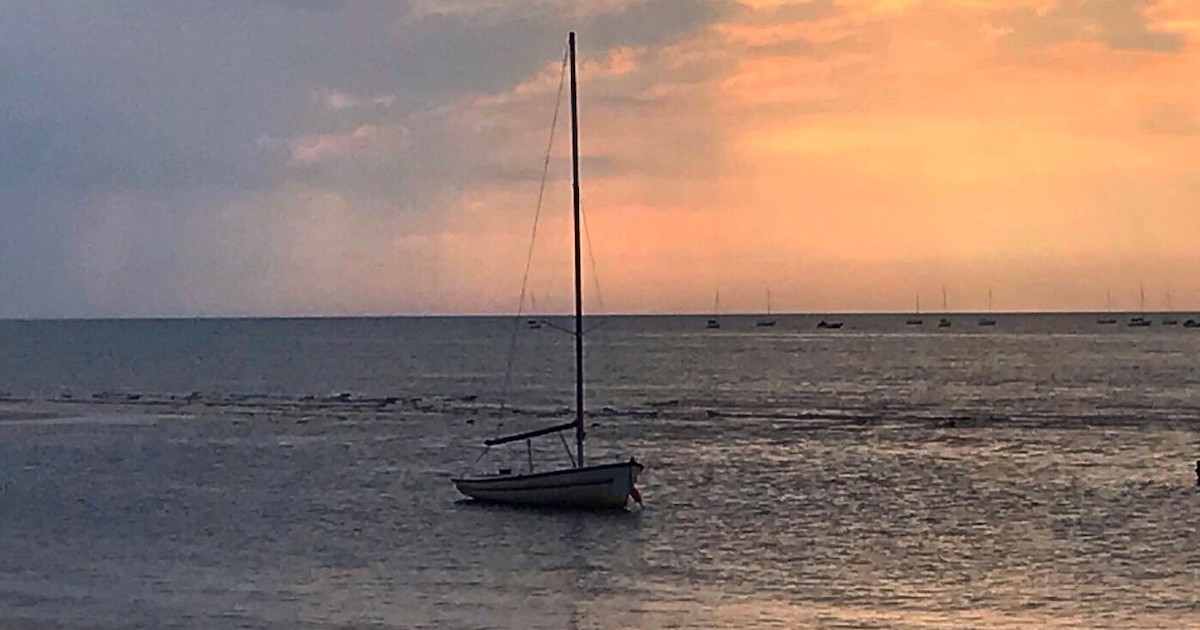 “Scott” was my friend of 20 years. We joined the same (rather large) family around the same time. Our partners were sibling “besties.” But that didn’t change the overall unwelcoming attitude toward outsiders. Toxic behavior in family units always puts a strain on external relationships. It’s why Scott was such a good friend. We both came from similar backgrounds and basically, didn’t have much support. Those from large families can’t even imagine the vulnerability of having none, or worse, being part of a family who just doesn’t care. So, it was always nice to have Scott around.

I didn’t know Scott hadn’t worked for five weeks before he passed. All I was told was that Scott was taking time off during the Easter break to get things done around the house. But apparently, that was a lie. Without knowing what was really going on, I was just happy to be asked to take Scott’s kids for a few nights while Scott’s wife (my partner’s sister) went to Florida to visit her dad (who’d fallen ill). The kids (ages 8-13 at the time), always had fun with me—making sugar skulls at Halloween, seeing the latest animated movie, bowling, going out for ice cream, or, staying up waaay too late to watch things like Jaws on cable. Only when I dropped the kids off did I notice that Scott wasn’t himself.

Scott was meticulous about everything—the house, the cars, and especially his own appearance. In 20 years of friendship, I never saw him in sweatpants or unshaven. Never. So, when he came out in sweats and a beard (with at least a few weeks of growth on his face), I was concerned. Scott kept his head down, avoiding eye contact. When I asked if everything was okay; he nodded. But then, he said something strange, “I’m going to owe you one, Rebecca.”

Scott disappeared into the darkness of the garage after that. It was the last time I’d see him alive. To this day, I regret driving away.

I was the one asked to convey to Scott’s children that their father wasn’t coming home again. That was a really bad day. I’ll never forget the look of disbelief on their young faces, or that hint of knowing as it crossed the eldest’s eyes. Taking them shopping for clothing for the funeral was surreal, as was sitting in a pew behind them, my arms around all three, providing tissues and hugs and words of love and encouragement, wanting to protect them, yet knowing the only thing I could do was to simply be there.

Once the kids and their mom (staying with me for three weeks after Scott passed) moved back home, I couldn’t shake the feeling that I’d be next somehow. If Scott couldn’t survive, how could I? No one told me Scott had completely stopped working. Or, that he had become withdrawn. Or, that Scott talked about killing himself. I only heard about it AFTER Scott passed. He and I had conversations when we could about shared struggles within the family. I knew Scott as discerning, trustworthy, and a very quiet person—but I sensed Scott was quiet only because he did not want to burden others. He was extremely brave as well.

I wish I could say that since Scott’s passing, things have improved. While working in Ireland recently, there was an accident and I limped away with a broken leg. To date, outside of Scott’s kids, I haven’t received one word of encouragement. Scott’s eldest recently asked me questions about my cancer journey and was surprised to hear of the severity. He said no one ever told him about that. But I almost died! I lost the use of my left leg as a result of that struggle. How could no one have told him why that was? It’s as though I’m resented for surviving—being able to tell the tale. Perhaps by minimizing the difficulty of my experience, it minimizes the impact of the lack of familial response. Given my context, I can only imagine how Scott must have felt with a far less visible disease that has a higher occurrence of social stigma—particularly for men, who often fear looking “weak.” Social disconnects and apathy are rampant in our society across the board. I find that terrifying.

Where do survivors go?

To some degree, being a survivor is discouraged. There are supposed laws to protect survivors—like the disabled—but how often do you see physically handicapped people in the work force? You can’t even be a victim of rape without being blamed for bringing it on yourself, like that infamous 2018 court case in Cork, Ireland proves: A 17-year old woman’s choice of undergarment was used to justify a 27-year old man raping her (the man was not convicted as a result). So, where do survivors go? Who can they really talk to? And, if they do talk, who will ever hire them again? No one wants to see the evidence of their mistakes, or, the mistakes of others. That’s the truth. Whether depression, disability, cancer, or rape—it seems as though the world’s “dirty little secret” is that no one really cares about anything or anyone. And we wonder why suicide rates are the highest they’ve ever been in places like the States—a 33% increase since 1999, according to Time Magazine (Ducharme, 20 June 2019).

I miss Scott. But I’m happy to report his children are all doing well. Their mom is, too, and sometimes jokes that I was her co-parent for the last six years. The kids were with me every other weekend until about a year-and-a-half ago. I still go to soccer games, track meets, and family days at school. The older kids are now in college and I send care packages and texts and have everyone over on breaks. But I sure do miss their dad and wish every day that Scott could see how amazing his kids are. I know he’d be proud. I certainly am!

At Scott’s funeral, I was surprised to meet a young man who told me Scott had helped him get off the streets, find a college program and begin his career. Scott never bragged about things like that, but I wish he had. The young man told me he was now a homeowner and had his own family. He felt terrible for not seeing the signs, or rather, for seeing them, but being too afraid of insulting Scott—in the same way I was. Scott’s boss had confided that he, too, felt badly for missing the signs. Scott called his boss the night before Scott died. Scott’s boss was a religious man; he asked Scott to pray with him when he sensed Scott was struggling. Before they hung up, Scott said he was feeling better. What more could his boss have possibly done?

I wasn’t the only person too afraid to push Scott on how he was really doing. That’s how our society works. You mind your own business. Stay in your own lane. If you’re told everything is okay, you have to back off. But not if you think—for even a nanosecond—that suicide is possible. You can never back off. You have to push. You have to be rude. And keep being rude. Until the person you’re afraid of offending understands you aren’t going anywhere, so neither can they.

Scott had no debt before he died. He was tall, good-looking and physically fit. He had a decent job with the same employer for twenty years. He had a modest home and paid down most of the mortgage. Never took out loans to buy cars either—always bought used so he could pay cash. Scott had a good pension and was on track to retire early. When he first married, Scott purchased whole life insurance with no suicide restrictions so his wife would be financially independent if anything ever happened to him for any reason—we’re not talking about someone who didn’t love his family. Or, a man who was impulsive. Scott never drank or did drugs. He never smoked. He didn’t gamble or have any expensive habits. He was a homebody, so wasn’t out looking for trouble either. Scott was just a good man with a good heart. Too good for this world.

When Scott died, I told the kids and their mom that it was as if Scott had cancer, except, Scott’s disease was invisible. It’s easy to be angry at a person who commits suicide—they can no longer defend themselves. But instead of being angry, try being grateful. Grateful for the time that person was on the planet despite their agony. Be compassionate, not critical. Be loving. Show affection through words and deeds as much as humanly possible. Don’t withhold love. Don’t be punitive. Be mindful. Present. In the moment. Playing the blame-game is part of a victim-mentality. But you’re still here. So, you’re not the victim. That’s part of increased kindness, too—being kind to yourself, to the memory of the person you lost, and, to everyone else who lost a brother, a sister, a friend, a colleague, a mentor, a confidante. We never know how much an individual does for others. We can only know what we do. Make ourselves more available. Be more open. Less afraid.

And, my final piece of advice? Live the way you should have before the person you lost died. Be their legacy—a legacy of life, of light, and, of love.