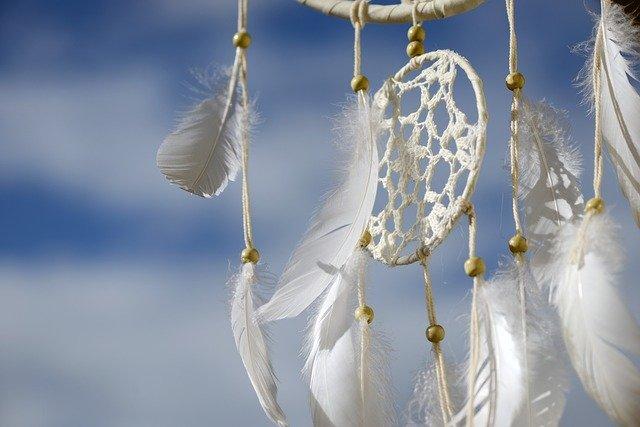 Over the years, science has advanced rapidly. Things that were explained by myths and stories (such as natural phenomena) now can be accurately studied through science, and this area also plays a great part in developing technology which is proven to ease our everyday lives. On the other hand, though, this development has its drawbacks, such as replacing human power (which may lead to unemployment) and making some people think that everything can be explained by science and the human brain.

Believing that we humans can understand everything through knowledge and science is actually a very dangerous, unhealthy thing. As we rely completely on ourselves and our abilities, we gradually become more and more arrogant, perhaps unconsciously. The more arrogant a person is, the higher the chance they also have too much pride and become a selfish individual. While selfishness clearly hurts others, pride harms oneself since it prevents one from accepting help from people around them.

Spirituality is a key that can remind us that we are not everything as it helps us to recognise a higher power and realise that not all can be understood or explained by human minds. In turn, this leads us to accept our own imperfections. Studies have shown that spirituality also serves as a good self-help tool in coping with schizophrenia, anxiety and depression among many other mental health issues. Moreover, as an old proverb says, it is always better to prevent than to fix - and spirituality can serve as a weapon to help us tolerate stress, prevent substance abuse, and nurture hope.

Am I Called to Believe?

Some of us might have been raised in an environment that did not emphasize spirituality or the belief in a higher power. However, it does not mean that we have to stay that way. Tom (pseudonym), for instance, had never really been introduced to the concept of spirituality as a child. It was only in high school that he finally gave a thought to this. With the help of a close friend, he learned more about spirituality and eventually believed that a higher power existed. A science enthusiast and one of the smartest students in his class (and later, employees in his company), Tom remarks, “I think believing in science and logic is smart, but it is even smarter to realize that not everything can be attributed to these two - there is a higher power than us humans.”

Just like Tom, Angie grew up in a household that did not recognize spirituality. As an adult, she taught in an elementary school and an art college. She had never considered the concept of a higher power until one day she listened to a retired professor in the aforementioned college share a personal story regarding her spirituality journey. Angie was touched by this professor’s experience and decided to start learning about the concept of a higher power herself and is now a believer.

While both Tom and Angie were not necessarily atheists in their younger years, Marilyn was. Naturally, this made her even more resistant than the two to accept that the human brain cannot explain everything that happens in the universe. After months (“or perhaps years”) of searching and debating with believers, she finally started to try to accept that God, a higher power, was real. She even found that His existence was actually scientifically proven, and now she has been believing for years.

It cannot be denied that some may view Tom, Angie, and Marilyn’s experiences as fate. Similarly, some may consider that only some people are called to believe in the existence of a higher power; it is a grace (or a gift) presented to some of us. However, apologist Jimmy Akin explains that this is only partially true. As he states, we humans do need a grace to come to God, but this grace is given to everyone who is willing to listen to His call and renew one’s life. “So it’s by His grace that that happens, but He ensures that that grace is given to everybody,” Jimmy beautifully explains.

How to Start Believing: Whoever Wishes to Come Must …

At this point, we understand why spirituality is very beneficial for mental health. We have also seen that all of us are invited to believe. So now comes the big question: “How do I start believing?”

Ansensius, a man dedicating his life to help migrants from all over the world who also happens to be a priest, quotes a Biblical verse when advising on how one can begin a spiritual journey and truly experience it in everyday life: “Whoever wishes to come after Me must deny himself, take up his cross, and follow Me.” (“Me”, of course, refers to God or the higher power.) “It is also important to remember that these steps must be followed in order,” he adds.

To deny oneself means to disown oneself as the center of one’s existence. In other words, in this step we are to accept that a higher power does exist and totally surrender ourselves to this power (for the rest of this article, I shall sometimes call this higher power “He” or “Him” in order to personify the higher power); we accept and surrender to Him without much debate or question the way children rely totally on their parental figures.

It is true that this sounds difficult, particularly after years of considering that we have the total right on ourselves. However, it is also essential to realize that every first step is hard. It may seem even more difficult since, many of us have probably understood, spirituality is an abstract concept: it cannot be seen, heard, or touched. On the other hand, this also makes spirituality parallels with science. Although not all science branches can be classified as abstract, one that belongs to this category is something we all have learned as a child: mathematics. Why does one plus one equal two? Many of us would likely answer, “It is just that. There is no why.” The same goes with spirituality and surrendering ourselves to the higher power. There is no “why” or “how do you know that” He exists; He just does and we must accept it if we want to begin our spiritual journey.

To help this acceptance at the beginning, we may want to try to communicate with Him frequently. For some it means prayers. Others, like Marilyn who we mentioned above, choose to read a religious book whenever they have a question. Still, others prefer to write a daily journal where they communicate with the higher power instead of with themselves (think about writing a personal letter every day). Whichever method you like best, just do it. Even when you have not fully believed in His existence or surrendered yourself to Him, keep on doing it: if you keep on telling yourself something, eventually you will believe in it and it will come true.

This means a total commitment even in the hard times. Having a good spiritual life does not mean our lives would be easier, but it helps you go through it with a more positive attitude. To achieve this, we need to deny ourselves (Step #1) and commit ourselves when enduring suffering. It is a lie to say that we practice spirituality (in good times), but when facing a problem, we turn to denial (such as through substance abuse) or return to relying on ourselves.

Instead, when facing difficulties, we must keep on going as we believe that He is there. There is a light at the end of the tunnel, but He is not waiting there. Rather, He stays with us. By this point, we may realize something: it is easier to endure suffering when we surrender ourselves completely to the higher power. Yes, this is true, and it is one reason why Ansensius (as mentioned earlier) reminds us that the steps must be done in order.

As briefly stated when discussing the first step, it is necessary to talk to the higher power in times of trouble. Write a letter, ask verbally, or read a religious book - anything that makes you most comfortable communicating with Him. Remember though, that His answer may not come immediately. It might even be sent through people around you. If you are unsure whether what someone says is His answer or their own opinion, listen with your heart and again, ask Him for guidance.

This one means daily. While at first glance it seems that a complete surrender to the higher power is more challenging in hard times, the truth is, it might be even harder in good times. This is because when we feel happy, we are tempted to be arrogant as discussed at the beginning of this article. We think that since we are doing great, this means that we do not need Him. Of course, this is not true.

Believing in the higher power only in difficult times is not believing; it is a hypocritical act. This way, we are using Him; we turn to Him to solve problems but after the storm is over, we deny His presence in our lives the way we throw away a sticking plaster after we stop bleeding.

So how do we follow Him daily? For one, we can keep going with the first step: daily communication. Tell Him about your day. Ask Him if which decision to make. However, it is not enough just to talk to God. This is where treating others with love and kindness comes to the spotlight. We all know that we should treat others the way we want to be treated (with respect to our boundaries too, naturally!), and putting this into action is also important in spiritual life. In addition, living your life right (such as by loving yourself and honoring both your body and soul) is also what “following Him daily” means.

Nurturing your spiritual life is just like nurturing a plant: it requires patience and dedication. It is also like playing a sport: the more you practice it, the better you are at it. This is why we need a daily touch with the higher power and treating both ourselves and others right every day.

Total surrender to the higher power is the very first key to spiritual growth - and a happy, healthy life. Do you know that He always knows the best for you? This is why Ansensius, who has helped us with his explanation on the three steps above, reverses the popular saying “Do your best and God will do the rest”: “Let God do the best for your life and you do the rest [diligently],” he says.

Thank you to Tom and Angie for sharing their personal stories on their spiritual journey. And of course, to Ansensius for his explanation on the three-steps guide to starting a meaningful spiritual journey for a healthy life.

This article was written by 11820Read. 11820Read is a scholar and has been a practicing Roman Catholic for more than ten years. She is deeply interested in the creative industry, particularly creative writing, and her MA dissertation focuses on Christianity in the British and Hollywood film industries. She also loves psychology, cats, and exploring the town.

What are the 3 Types of Insomnia?

The types, causes, and tips to cope with insomnia