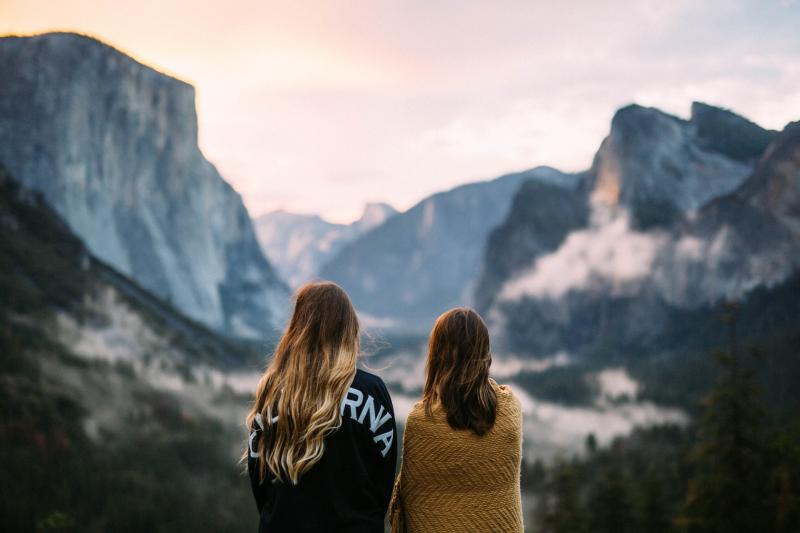 In recent times, birth control options have become far more accessible to men and women, making having safe sex easier than ever. Whilst we are fortunate to have the modern sexual health services that we do, it is important that we as, a society, continue to have an open dialogue that discusses the different options for women and what exactly each option involves. The subject of birth control, when the contraceptive pill was first introduced in 1960, was much more taboo. Women were discouraged from educating themselves ineffective birth control but as society has become more accepting of having sex for pleasure, a more forthright discussion regarding birth control has followed. Hormonal birth control, as opposed to non-hormonal methods, is a more scientifically developed method, but it is known to come with both physical and mental side effects. This stresses the importance of an open discussion regarding hormonal birth control and mental health.

So, let’s have a look at the three major types of hormonal birth control, how they work, their positives, and negatives, as well as the effects they can have on our mental health.

Remember to always discuss birth control options with a medical professional before deciding which is best for you.

According to the U.S Centers for Disease Control and Prevention (CDC) and Statista (UK), the combined contraceptive pill, or ‘the pill’, is the most widely used method of birth control in both the USA and the UK.

The combined pill contains artificial versions of female hormones estrogen and progesterone, which are naturally produced in the ovaries.

These hormones help to prevent pregnancy by;

There are as many as 23 different variations of the contraceptive pill, with many women trialling different versions till they find which works best for them.

The Contraceptive Pill: A Quick Glance at the Advantages and Disadvantages:

The Contraceptive Pill and Mental Health: The Bottom Line

It is well known that hormonal birth control can have a significant impact on mood. A BBC article from 2018 interviewed eight different women from around the world about their experiences with the contraceptive pill. One of the women interviewed stated that she experienced “anxiety attacks” and was left “feeling really sad” after she began taking the contraceptive pill. This feeling of anxiety appears to be relatively common, especially amongst young women who use this method of contraception.

However, it certainly isn’t all doom and gloom for users of the pill. Given its popularity amongst women aligned with the statistics showing its effect on mood, professionals have shared many different ideas for how to cope with the mood changes that can come from taking the contraceptive pill. See the end of this article for these suggestions.

Since its first use in Germany in 1909, the Intrauterine system (more commonly known as the IUS), has grown hugely in its popularity. More and more women are choosing the IUS as a form of contraception due to its quick insertion process and long-term protection against pregnancy. According to SH:24 (The Sexual Health Service for the UK), It ranks as the sixth most popular contraceptive method in the UK, out of the fourteen options that are most commonly available.

The IUS is a small T shaped device that is inserted into your womb (uterus) by a doctor or nurse. Once inserted, it releases the hormone progesterone into the womb. Much like the contraceptive pill, the IUS prevents pregnancy by altering the cervical mucus, making it difficult for sperm to travel to the cervix. Furthermore, it thins the lining of the womb to make it harder for an egg to implant itself.

Unlike the contraceptive pill however, the IUS does require a brief insertion procedure, done by a doctor or nurse. The procedure itself only takes around five minutes but usually requires an STI test to be done beforehand. This is to ensure that the IUS gets inserted safely and to lessen the chance of further infection after insertion.

The IUS: A Quick Glance at the Advantages and Disadvantages:

The IUS and Mental Health: The Bottom Line

Whilst it works in a similar way to the contraceptive pill, a 2016 study showed that women who had an IUS were 1.4 times more likely to be prescribed antidepressants than women who didn’t have an IUS. This is a very slight difference and significantly less than the figures surrounding the contraceptive pill. Since then, other studies have shown a very small minority of women experiencing mood changes whilst using an IUS. Carolyn Kay M.D for Medical News Today, in 2021, stated that only 6.4% of those using the IUS experienced low mood or depression.

A close friend of mine who had tried both the pill and then had an IUS fitted said “the difference in my emotions when on the pill compared to my IUS is massive’’ and she felt that she “hasn’t noticed a difference” in her mood since starting the IUS. Whilst everyone’s experience is individual, the consensus amongst others I have spoken to is positive, stating that the IUS is an ideal form of long term birth control, only posing a small chance of experiencing low-mood side effects.

According to The Guttmacher Institute, in 2018 only 2.0% of women using birth control chose the implant over other options. This makes it the least popular method of birth control that I will discuss. The implant is a small plastic rod that is placed under the skin of your upper arm by a doctor or a nurse. Furthermore, it works to prevent pregnancy in a similar way to both the contraceptive pill and the IUS. The implant does require an insertion process, however much like the IUS it offers 3-4 years protection against pregnancy.

The implant primarily works to prevent pregnancy by slowly releasing the hormone progestogen into your bloodstream. This prevents the release of an egg each month, effectively stopping your body from ovulating. In addition to this, it also thickens the mucus in the cervix which makes it harder for sperm to travel through the cervix.

The implant: A Quick Glance at the Advantages and Disadvantages

The Implant and Mental Health: The Bottom Line

The implant, though less popular than the other methods of birth control I have discussed, statistically shows low impact upon mood. In 2021, a study conducted by The Frontiers of Reproductive Health showed that amongst a group of 212 women who had the implant, only 10% of them reported any changes in mood. It is important to recognize that the implant is a lot less popular as a method of birth control and therefore does have as much of a varied discussion into different women’s experiences.

When talking to a close friend who had the implant inserted at age 16, she experienced “dramatic and inconsistent mood swings’’, also reporting that she “felt lower than her usual self”. She does not have any previous experience with mental health issues nor any family history but admits to seeing a big difference once coming off the implant. This is important to bear in mind as it demonstrates how the implant can impact the mood of people who are not prone to anxiety or depression.

Whilst it is always best to seek information from a healthcare professional, some of the recommended ways to help control your mood swings whilst using hormonal birth control are:

Ultimately, we are very lucky as women of the 21st century to have the access to birth control that we do. The three options I have discussed each have their individual strengths and weaknesses, it is all about discussing your options with your doctor to ensure that you are using the right birth control for you and your mental wellbeing. You can also find more information on all three options here.

Beth Womersley began her active listener journey in 2021, having previously used the site for emotional support when she was much younger. Since then her mental health has improved greatly and she has uses her lived experiences and knowledge to help support others going through hard times. Currently, she is a student at the University of Leicester studying English Literature. Beth is a Content Development and Marketing Program graduate at the 7 Cups Academy. Apart from using her shared passion for writing and advocacy to develop content, Beth keeps up with her primary interest, true crime.

What are the 3 Types of Insomnia?

The types, causes, and tips to cope with insomnia

Explore which free resources at 7 Cups can be therapeutic!