How is spirituality different from religion? 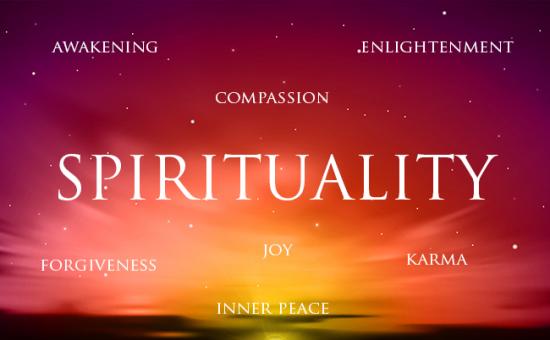 If you've found that your quality of life has reduced because of anxiety, fear or some kind of mental hurdle that you just can't get over then lets chat.

Before starting I would like to appreciate you for asking such a salient question which often confuses us and many what actually Spirituality feels like and how it differs from Religion. We often grow up with religion and usually without thinking and reasoning we accept it. Spirituality is in a broader sense and it takes a lot to understand; often people tend to think of spirituality as something very strange and mysterious. The truth of the matter is that spirituality is perhaps the most natural thing there is: it is simply our own conscious self-recognizing that we are more than just a body, that we are a soul with infinite potential. I would like to make it ease in understanding by listing the few basic things: -Spirituality simply lets us follow our own heart, it encourages us to listen to our intuition and do what is right for ourselves and others around us. It is not based on any kind of fear like fear of the consequences of our actions, fear of what might happen after we die if we don’t live our life accordingly. Rather than spirituality focus mainly on love, we do good because simply we love it and love the feeling that comes in our heart when we had shown kindness and compassion towards others. It encourages us to focus all of our energy only on the good, and to act only based on love. -Religion tells us what truth is and false but spirituality let us to go deep inside us to discover it As opposed to telling us in black and white how the universe was created and why we are here, Spirituality lets us discover these questions and answers for ourselves. It empowers us to find our own truth in all things and sets no limits to how deep we can go in understanding all there is to know. Also spirituality is feeling like we all are same no matter how different or unique we are. It is based on believing in quality of the divine message the religious people share and not on the differences in details of the story they speak. -And at last, as I mentioned above spirituality is not based on fear like what will we get after we die if we don’t live our life in a particular manner but it is based on Newton’s law that, every action does brings an equal reaction to it and often we called it as Karma which is the simple law of Attraction “you get what you give” To summarize the notion of Spirituality is based on what Omnism stands that is “The belief that no religion is truth but the truth is found within them all”

Both spirituality and religion address concerns and beliefs that transcend the physical/material world and aim to provide people with an added layer of meaning to life. However, spirituality tends to be a more broad term, while religion tends to be more rigid. While religions require adherents to follow certain rules, accept dogma, and perform certain rituals, spirituality does not require this.
Did you find this post helpful?

Religion derives from spirituality. Spirituality can be the ambition to develop as a person, find answers to existential questions or just find comfort within yourself and around yourself. Anyone can be spiritual, even atheists. Religion on the other hand tends to be more organised and structured to a set of predetermined rules or guidelines. Religion also often involves some kind of belief in a holy entity, place or object. Buddhism, which do not talk much of this kind of belief, might be the exception to this, but most would say it's more of a philosophy than religion. A religion also has to have a certain number of followers for it to be called a religion, which makes it more of a collective and social thing than what spirituality can be. You can be spiritual in the exact same way as someone who is religious, but you can also stay spiritual as an individual, without the conformity from others.
Did you find this post helpful?

there are many ways to answer this question. one of them is that religion is about rules and has a specific place within a set of adopted and agreed upon beliefs. spirituality is a bit more broad, in that it is about acknowledging the spiritual component of life. what they have in common is they help people to feel they have meaning and that life has meaning
Did you find this post helpful?

The founders of all the great religions taught spirituality, yet religion and spirituality are not the same. Many religions may make the same claim, but the reality is that all too often the spirituality taught by the founders of those religions has been lost, or obscured by dogma and ritual. There are profound differences between the teachings of Christ and the practices of mainstream Christianity, between what Krsna taught and Hinduism, between the teachings of the Buddha and Buddhism as it is observed today. Over time, divisions have developed within religions, which have sometimes led to persecution and even war. When you look at the darkest periods of religious history, it is hard to believe that people could depart so far from the exalted teachings of their great preceptors. The original message was spiritual, but to varying degrees that spirit has been diluted or lost through mistranslation and misinterpretation, through the loss of spiritual meditation practices, through the attempts of less evolved individuals to cloak spiritual concepts in dogma, and through religions devolving into political institutions. Within all the major religions there are mystical traditions that include many of the features of spirituality. Generally though, they do not represent mainstream religion. What we are left with in our various religions is a somewhat confusing blend of spiritual truth and dogma. If we wish to sift out the spiritual elements it is important to understand the real differences between spirituality and religious dogma. With the passing of time, these differences within mainstream religion have become increasingly distinct: Spirituality is theistic, and has a highly developed and rational concept of God or Infinite Consciousness. Religious dogma can be theistic, as in Judaism, Christianity and Islam, or atheistic, such as some forms of Buddhism, Shintoism, and perhaps even communism. Dogmatic Religions generally have either a poorly developed and irrational concept of God, or no concept of God at all. Spirituality is non-dualistic, and generally proposes that the purpose of human life is to realize that our individual consciousness and the infinite consciousness of God are the same, and to merge our individual consciousness into Infinite Consciousness. Many theistic religions are dualistic, propounding a fundamental separation between God and the world and the belief that the purpose of human life is to enter into a relationship with God and go to heaven after one dies. Spirituality is practical, and can be experienced and realized by practising spiritual meditation or something similar. The focus is inward, taking the practitioner towards a personal realisation. Religions on the other hand, emphasise faith and belief, and though they teach people different types of prayer, most of the actual practice is externally focused, consisting of rituals, festivals and ceremonies Spirituality is a lifestyle choice, and is integrated into every aspect of a person’s existence. Religion is generally a compartmentalized part of a person’s life, practised primarily in temples and churches. Religion can only serve it’s proper purpose of liberating the faithful from ignorance and spiritual darkness, to the degree that it remains true to its original spiritual essence.
Did you find this post helpful?

Related Questions: How is spirituality different from religion?

How do I figure out who I am?How can I tell if someone is demon possessed?So im 15 and my parents are extremely over the top religous. I am not allowed to attend public school, wear pants, makeup, etc. i have to attend church a lot. How do i tell them i want out?Help! I like both genders, but I don’t want to be bi, if It’s a sin! Is it a sin or not? And even if it’s not, my family wouldn’t support me! What do I do? I’m a kid! I can’t make my own rules!What does it mean when the feelings and smell from your dream follow you to the next day?My Mom brings up religion everytime I want to make a decision for myself. Is my Mother trying to hinder me in life? I have been meditating for a couple of months. I'm perfectly healthy, but when I meditate I experience nausea and I always have to cut it short. What could be causing this?How do i come out to my catholic girlfriend as polyamorous?How do I deal with the shame of leaving a religion that my parents are very active in? -LDS ChurchGod put me here to do good deeds. Why can't I help other people?
Close